Encoder ][ Plus for Apple II Plus or Apple I Replica 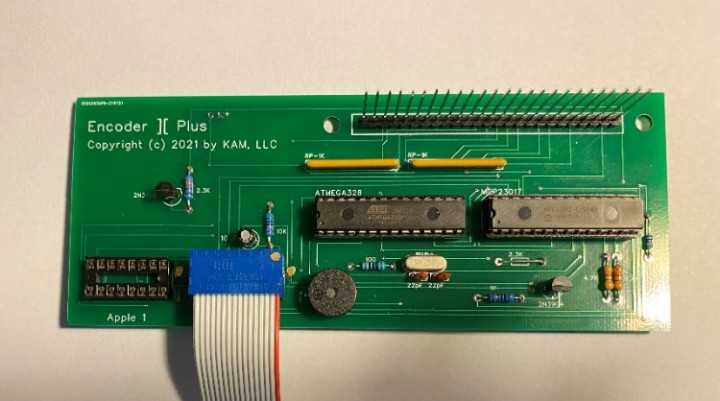 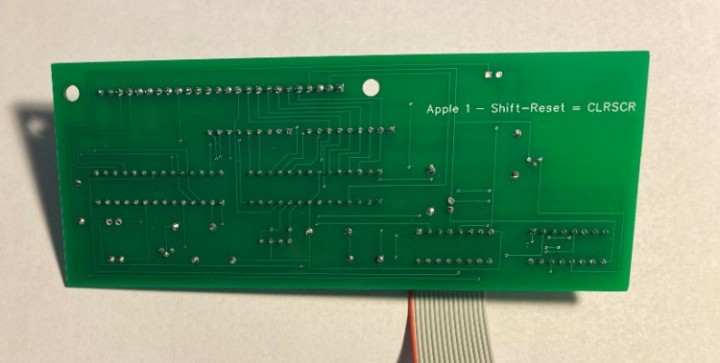 Encoder ][ Plus for Apple II Plus or Apple I Replica

This encoder card is configurable via certain combinations of key strokes. Please read the following operational details and message me if you have any questions.

The Encoder ][ Plus operates identically to the original (vintage) encoder with some additional features which can be controlled by the following commands.

CTRL-RESET or RESET will reset the computer based on how the encoder is configured CTRL-SHIFT-RESET will toggle between the need to press CTRL-RESET or only RESET to reset the machine. The encoder will beep indicating that a change has been made. This change will persist through power cycles.

REPT-RESET will toggle between upper and lowercase input. The encoder will beep to indicate the change.

The encoder has a built-in delay between scans of the keyboard to prevent double input of characters for keys that may have intermittent connection. The default delay period is 10ms. This can be adjusted by pressing and holding down the RESET button while pressing and releasing a number from 1 to 9. Each number increases the delay by 5ms. The lowest setting (1) is 5ms, and the highest (9) is 45ms. If you are getting double characters, increase the delay until they go away. If you are unable to eliminate the double characters even at setting 9, your keyboard probably needs serviced. This setting will persist through power cycles, so it only needs to be changed when necessary.

CTRL-SHIFT-REPT-RESET will play a little song

Lower Case on the Apple ][

When the encoder is in upper case mode (default), it will behave identically to the original encoder.

Pressing the SHIFT key will allow you enter the special characters shared by some of the letter keys such as @ and ^.

Ship to North American addresses ONLY.

♦ S&H fees are non-negotiable. Shipping & Handling costs include the costs of shipping, packing materials, and PayPal handling fees. If actual S&H is more than $1.00 less than charged, we refund the overage paid via PayPal.

♦ Buyer pays all S&H costs. S&H costs cited are for USPS Priority to addresses in the 48 lower States; Alaska, Hawaii, US Territories MAY BE MORE. Email us your city/state/ZIP code before you purchase & we will gladly give you a S&H quote.

♦ Shipper alone is responsible for loss or damage during shipment. If damage occurs, buyer MUST retain ALL packing materials until the claim is successfully processed. Failure to cooperate will result in buyer forfeiting ALL claims against the seller & shipper. If item ships via FedEx, contact us immediately & we will process claim on your behalf with FedEx. If item ships via USPS, the buyer must present the damaged item and ALL packing materials to their local USPS office to file the claim, as per USPS policy.

♦ Once your item is shipped, you will receive a shipping confirmation email from us providing you the shipping details. It is your responsibility to ensure that you are able to receive this email. If you have a spam blocker which automatically spams the sender with a request for validation, please know that you will not receive the shipping confirmation as we do not respond to such spam requests.

If, for any reason other than the item arriving damaged/non-working, you are unhappy with your item, contact us within 7 days of receipt (as recorded by the shipping company) for a Return Merchandise Authorization (RMA) and you may receive a full refund less S&H expenses. Please note that:
• The buyer is responsible for ALL return shipping costs, including adequate insurance on the package;
• The original S&H fees paid are non-refundable and will be deducted from the refunded amount.
• ALL items must be returned in the same condition in which they were shipped. The buyer will be financially responsible for all missing items and/or altered items.
• Refunds are given via PayPal and ONLY after all items have been returned to the seller.

For items received damaged/non-working, the shipper’s insurance covers all damages and your cooperation is required in order to successfully process the claim. Please note that with electronics, even though the shipping container shows no external damage, the item may arrived damaged due to extreme jarring, exposure to extreme temperatures, magnetic fields, etc. Please be sure you keep ALL packing materials & the shipping container until you are fully convinced that the unit is working properly and has not sustained any damage in transit.

♦ It is the responsibility of the buyer to thoroughly read & comprehend the sale terms before purchasing. If you do not agree with the sale terms, please do not purchase as we do not want dissatisfied or unhappy customers.

♦ All Sales Are Final. We do our best to accurately describe our sales items. If you have any questions regarding an item that have not been answered in the text of this listing, please ask before purchasing.

♦ We require a daytime phone number and a valid email address in order to process your order. Please ensure that these come through with your PayPal payment so that shipment is not delayed. 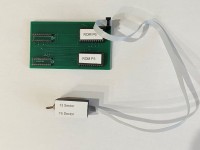