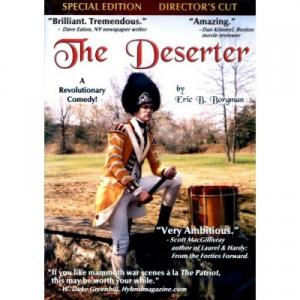 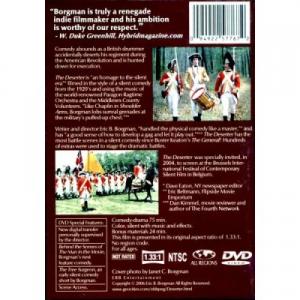 Special Features: Behind the Scenes of The Man in the Movie Featurette and The Tree Surgeon, an early silent comedy short by Borgman.

Product Description
Comedy abounds in this award winning historical slapstick comedy about a british drummer (Eric Bruno Borgman) who accidentally deserts from his regiment and is hunted down for execution! Shot like a Buster Keaton silent comedy from the 1920's, The Deserter, exploits the music of the world renouned Paragon Ragtime Orchestra and the Middlesex County Volunteers. This "Revolutionary Comedy" explodes with fun and fighting. The American Revolution was never funnier!

About the Actor
Eric Bruno Borgman, is one of the few actors who is keeping alive the silent comedy tradition. Borgman has worked with legendary comedians Steve Martin and John Cleese on The Pink Panther 2. He has also appeared in such feature comedies as The Man in the Movie, Crime Scene: The Bobby Ray Summers Story and Democrazy. New York film reviewer Dave Eaton was led to say of his performance in The Deserter that he "handled the physical comedy like a master. The Laurel and Hardy influences are hard to ignore - and placing them in this context was perfect! At times I thought I was watching Stan Laurel!" Currently, Borgman is working on a new comic farce entitled The Girl of His Dreams.

Review
"The film is... very inventive. Some of the comic bits were quite good. I particularly like the writing of the will on the drum head. The drummer showing up at the camp and not realizing he had gone over to the other side also worked well. Borgman has a good sense of how to develop a gag and let it play out." --Daniel M. Kimmel - Movie Reviewer and author of The Fourth Network

Review
"If you like mammoth war scenes a'la The Patriot, this one may be worth your while. Borgman is truly a renegade, indie filmmaker, and his ambition is worthy of our respect." --W. Duke Greenhill - Hybridmagazine

Review
"Let me say that I was QUITE impressed overall with The Deserter. I thought it was shot well, with nice clean visuals. The music was great and complemented each scene. The blend of ragtimey comedy music with fife-and-drum tunes worked strangely well! I have newfound respect for Borgman as a physical and facial comic actor. The bits with the drumsticks killed me--and it was mostly that starting pose, with the sticks up by his temples. I don't know why, but that NEVER got old. All the physical stuff worked. (And dare I say, bravo to Borgman for hanging by one foot off a cliff....)" - John Shanahan award winning playwright. 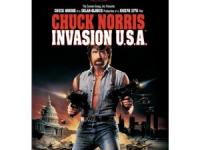 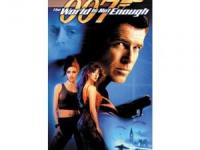 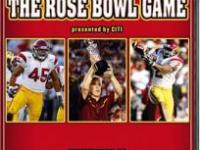 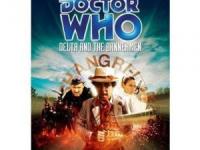 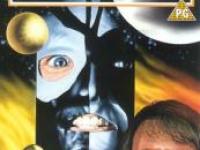 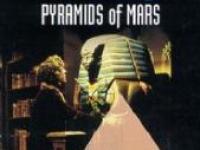 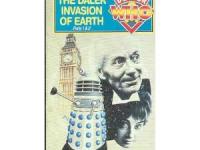 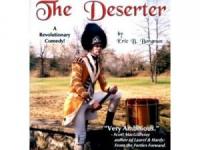